Userlevel 1
There are many ways to activate a community. One powerful -and relative easy- way is to organize offline meetings with your (super) users. By meeting face to face you really build a relationship with and among them, show them they are important to you and learn what is important to them. In such a meeting you can also share background information on your organization, turning them into even bigger brand advocates and enable them to help other customers better.

Organizing a super user meeting can be as easy (and low cost) as inviting some super users to your office, show them around and have a pizza and a beer together. Or you could put more effort & time into it. I know there are many great stories on super user meetings. Please share your story: what did you do, what did you like the most about it. Footage is of course more then welcome

To kick it off I would like to share a story from T-Mobile (but people from T-Mobile please add more background and other stories:)

T-Mobile invited super users to their headquarters. Nothing really fancy, just having a chat and a drink. As a surprise the entrance of the building was crowded with T-Mobile employees who welcomed the super users and were clapping to show their appreciation. I was told that even the board was present. I don't think these customers will ever even consider going for another Telecom provider:)


I'm really looking forward to get inspired by your stories!

Offline meetups with super users are a great way to strenghten the relationship with your super users and it doesn't have to cost much.

In my community management role at Telfort I focussed heavily on testing and research of new products, services and communication with the community as a driver of engagement and sense of community. It created an incentive to use the community over all the other possible ways to communicate with Telfort.

Combined with informal offline meetups with the most active community members it created a very tight and active group of superusers of which most of them are active to this day. A win-win for everybody involved. Some pictures of a super user BBQ we hosted together here on the singel in a MUCH emptier inSided office back in 2012: 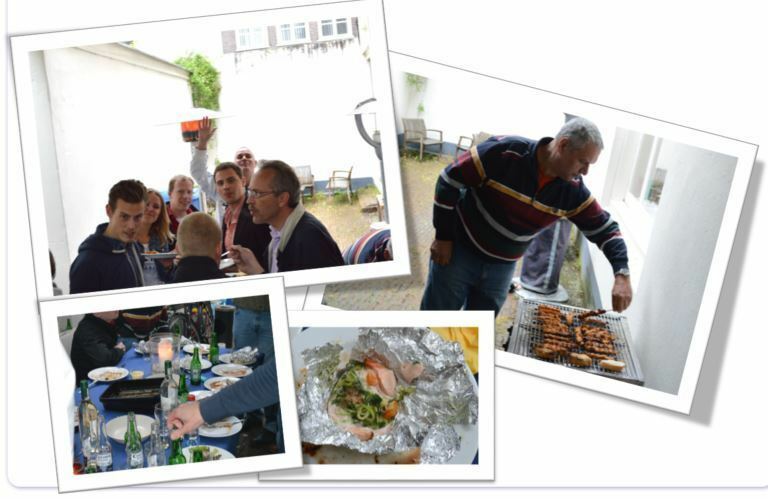 I then left Telfort to become community manager of the Hi and KPN communities.
The Hi brand was being shut down shortly after and the base merged with KPN. There was a big giveaway of all the leftover promo materials at Hi/KPN HQ, to which we also invited the Hi super users. 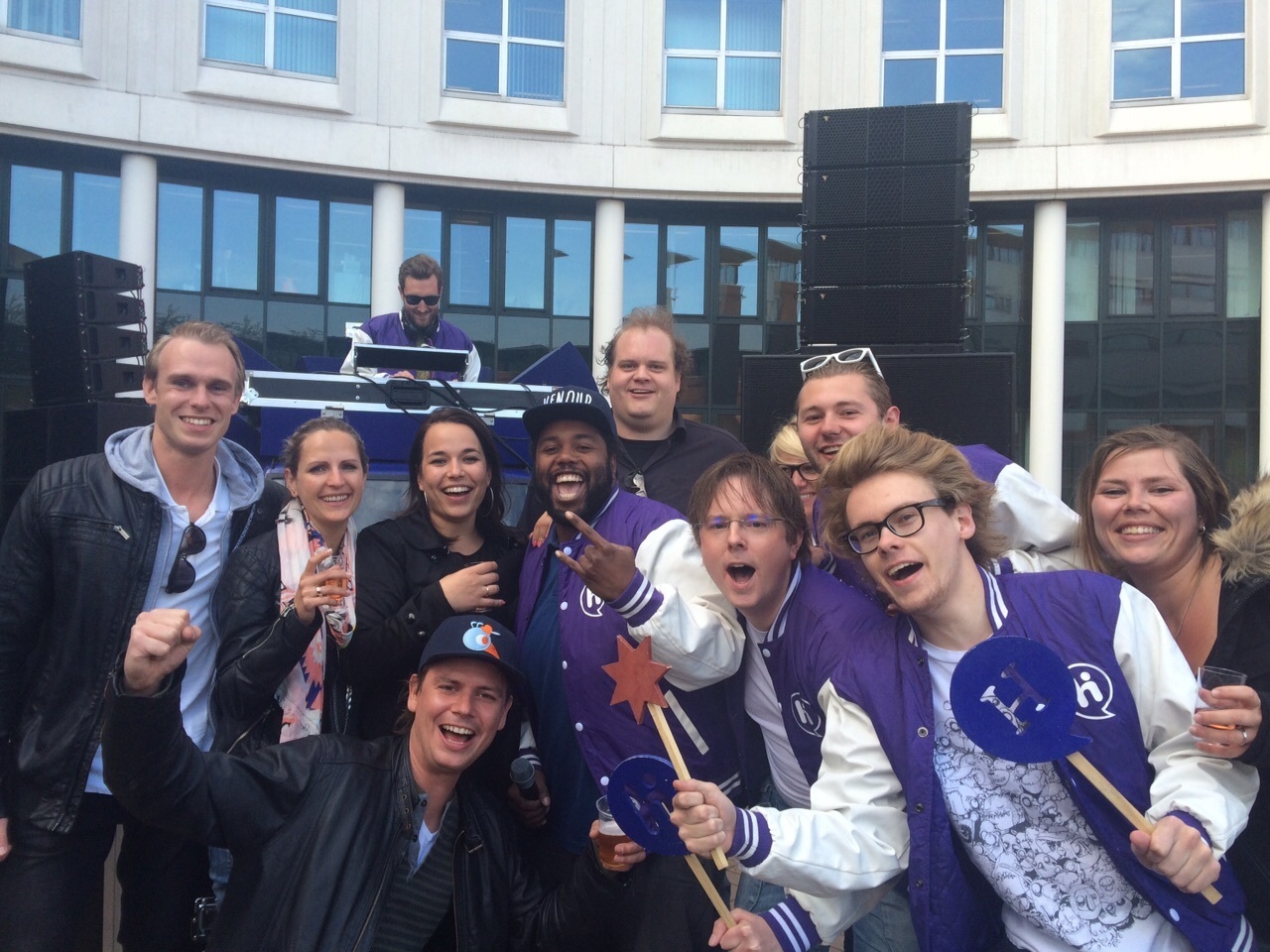 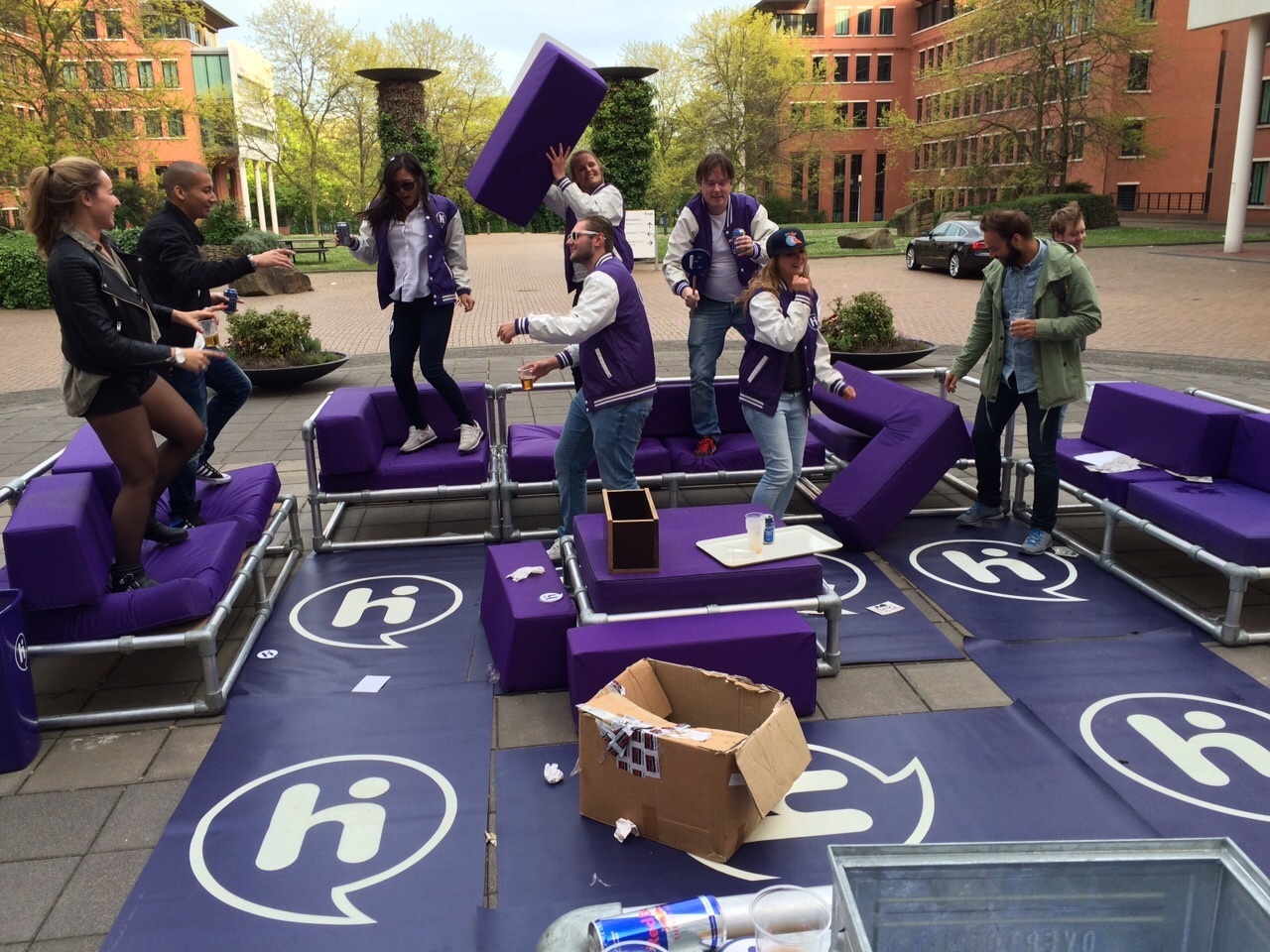 Last opportunity to drown them in merch of the brand they love(d), here you see Hi Forum super user Bjorn: The Hi super users also got invited to the Bye bye Hi closing party. Here you see Bjorn at this party with his hero from an old Hi campaign, (Chatman). 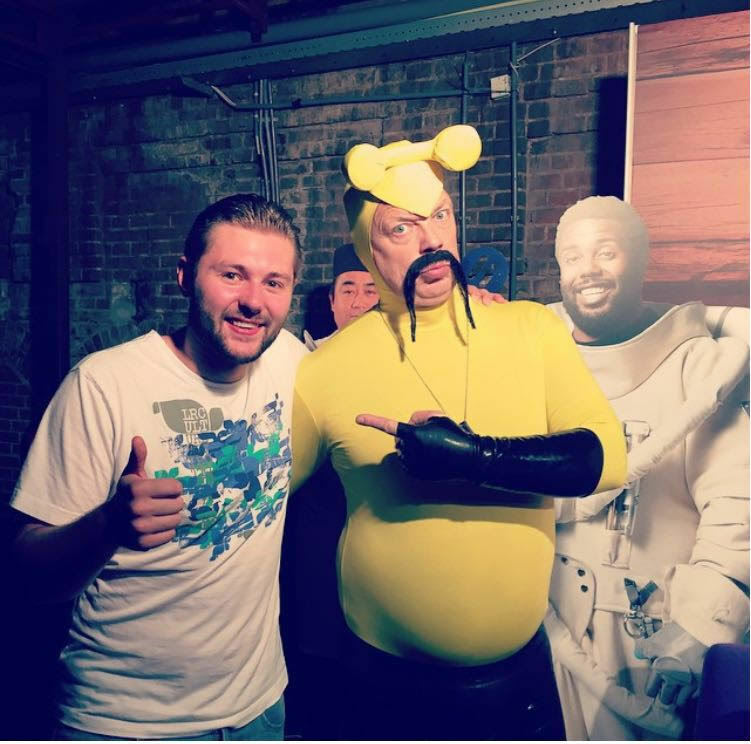 At the same time (august 2015) we also organised a meetup in Groningen to get to know the (at that time) 3 KPN Forum super users. We did a visit to the moderator team, update on KPN forum statistics, did an inventory of improvement ideas for the forum, a canal boatride and nice diner: 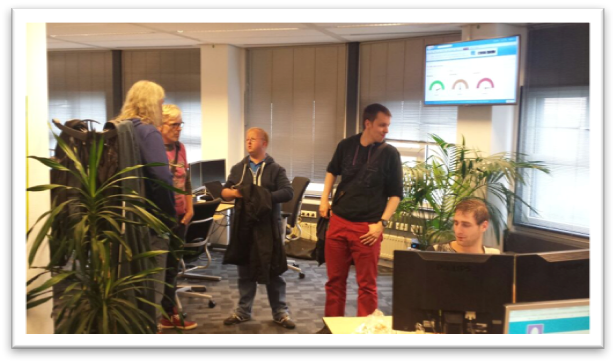 Because there is a shared interest in television and tech in the KPN Forum member base, we organised a "TV Expert day" a few months later. Inviting more users by private message invitation. We again did a small update on community statistics and afterwards got presentations from KPN's lead TV architect and TV product owner. We concluded the day with a 4K demonstration and some beers. The attendees also received a TV Expert day badge on the KPN Forum. 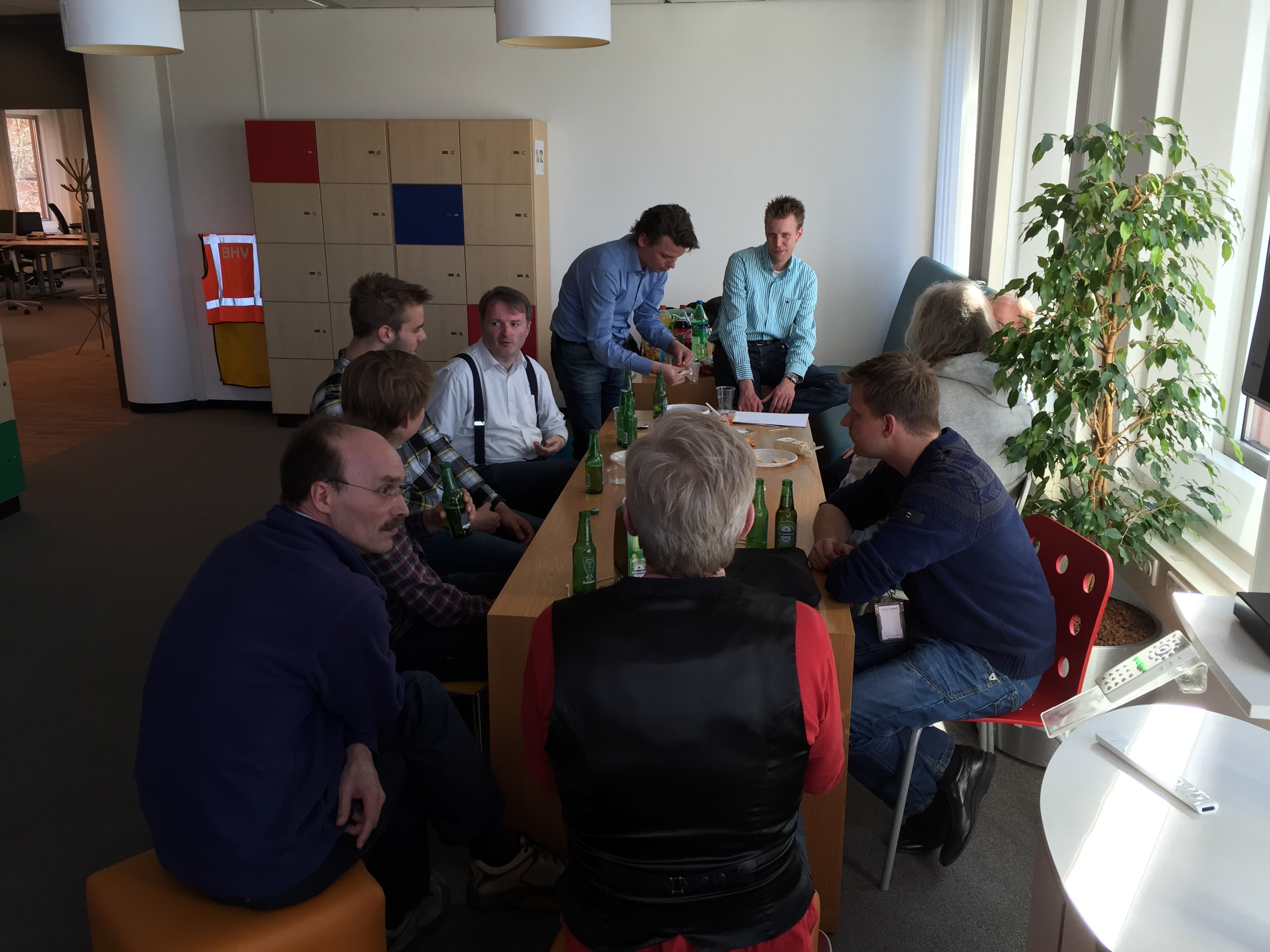 In the meantime there were meetups for beers once every few months. Lithium to inSided migration - june 2016
We invited the super user for the golive celebration @ inSidedHQ, did a boat ride with BBQ and had nice video made. The super users don't really care for such a video, but it was valuable for internal promotion of the KPN Forum.


KPN Forum 5 years and Bye Bye Hugo party - september 2016
For this special occasion we invited the, at that point, much bigger group of super users to a celebration of 5 years KPN Forum. Next to the current super users we also put an open invitation on the community to come and celebrate with us. 25 users + the moderators and community team attended the party. We rented out an arcade hall, setup a booth for profile pictures and provided unlimited tokens, food and drinks.
The party was great success and again we created a video for internal promotion purposes.

Costed about 7,5k euro, of which 5 went into the video and photographer.

Robin and Bjorn went from Hi forum super users to really active and valuable KPN Forum super users. Yearly awards for their contributions were part of the super user program: 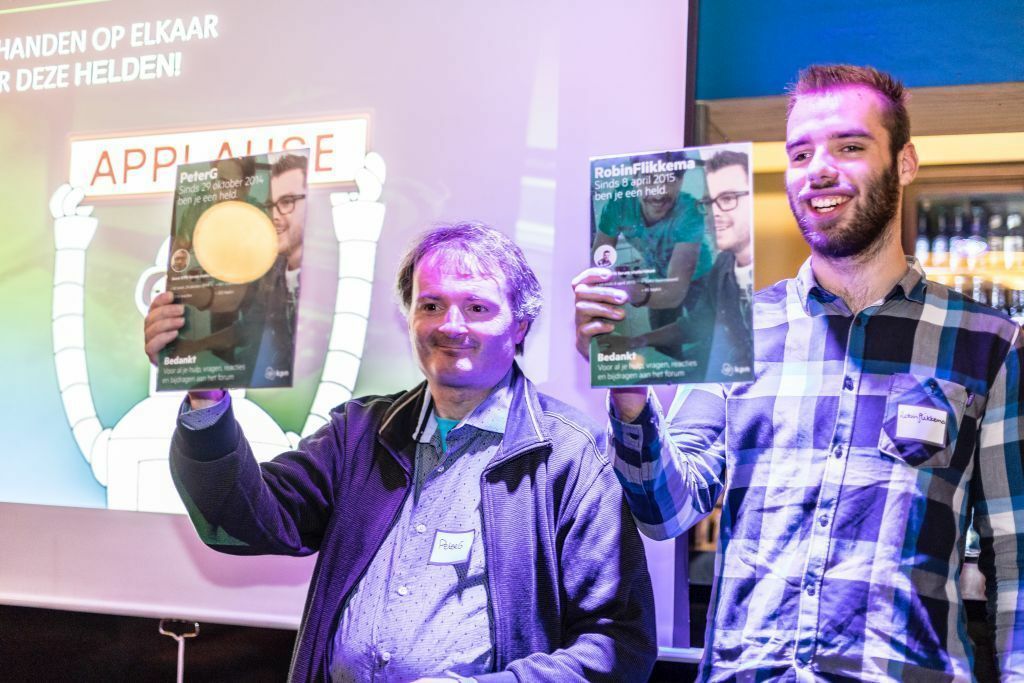 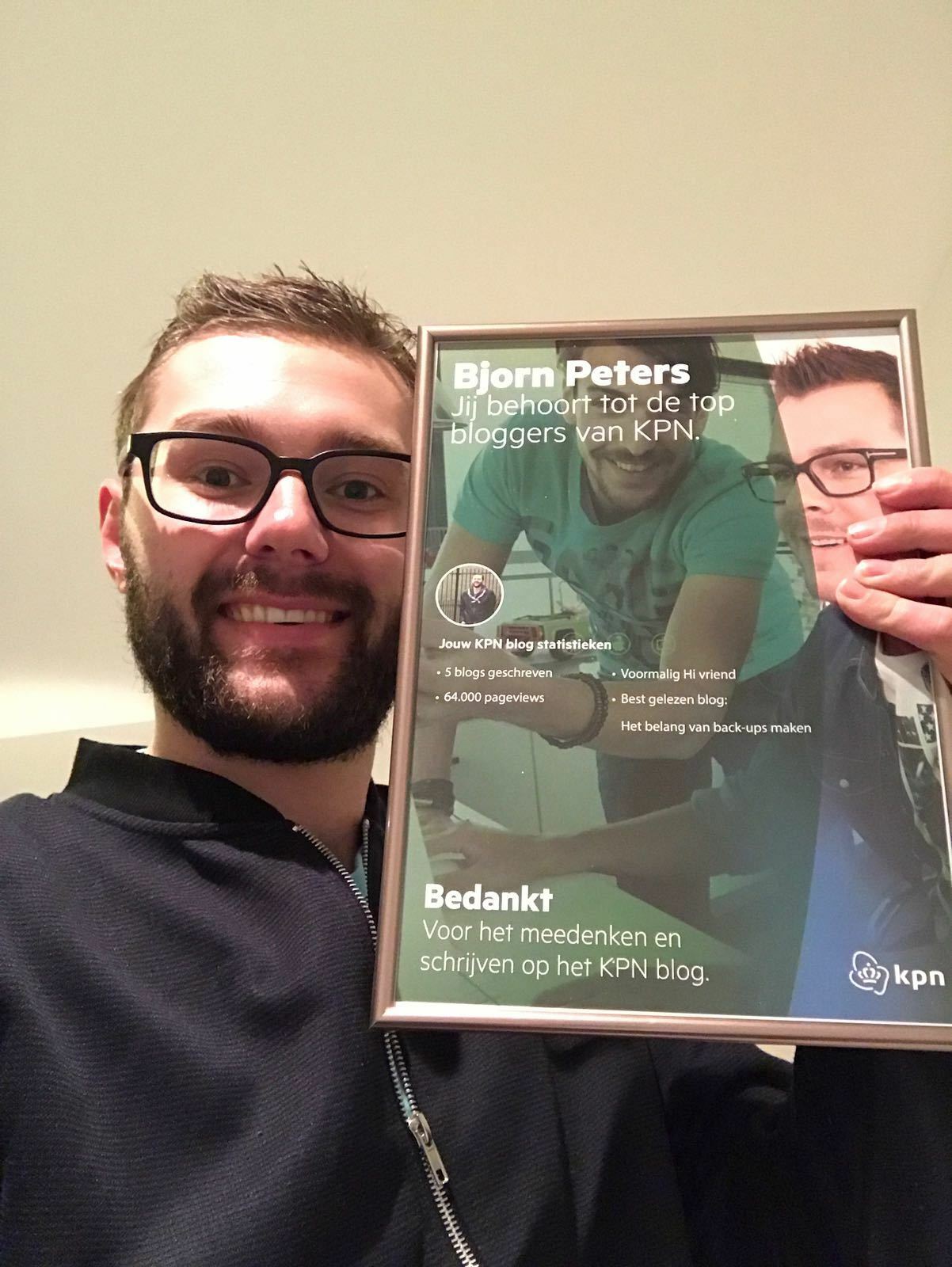 And partly due to the internal promotion of the community, the super users now also participate in campaigns: 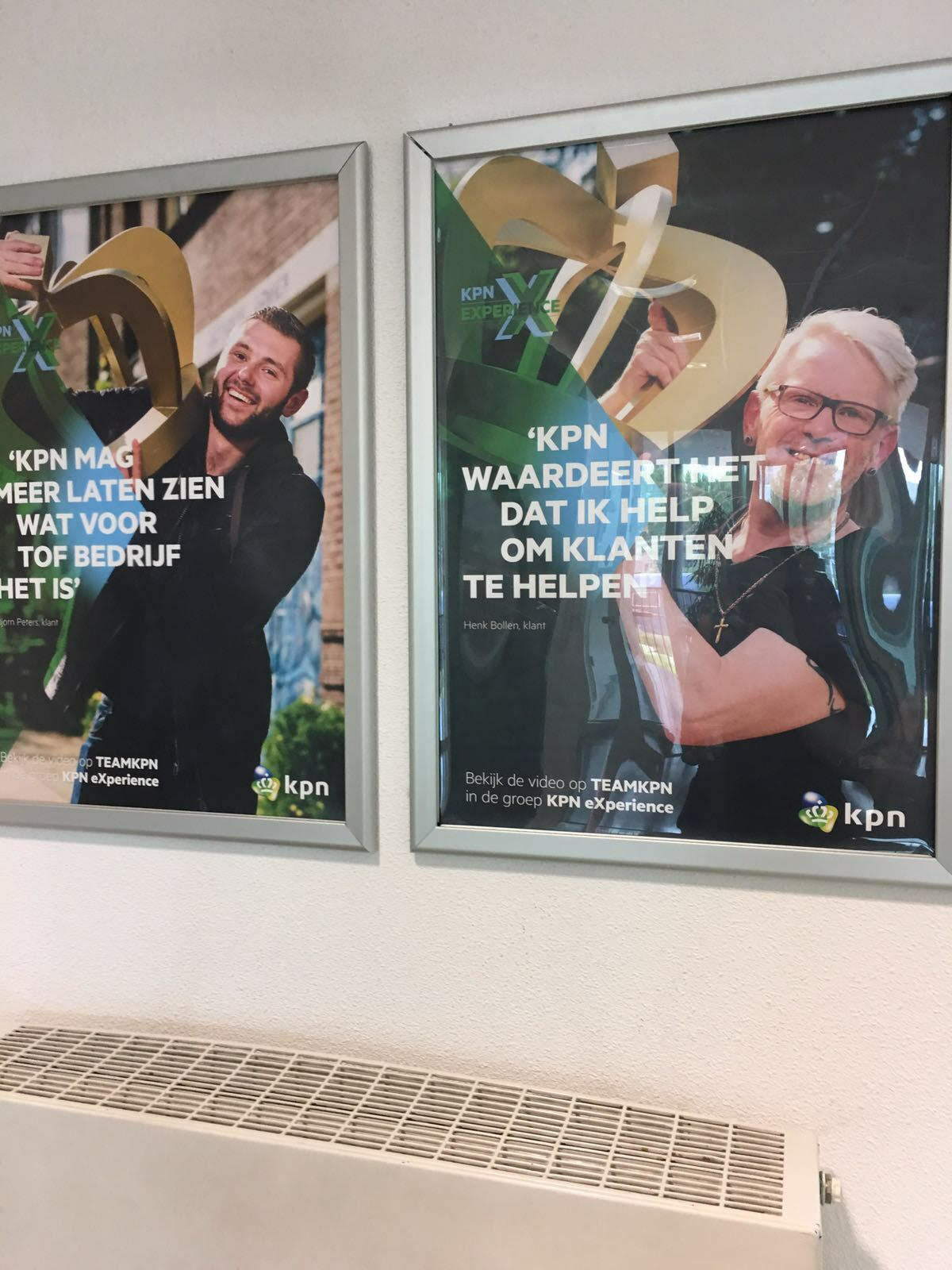 To conclude...
It all comes down to personal attention and doesn't have to cost much at all to regularly meetup with your super users. The returns are always way bigger then the costs. Having trouble freeing up budget to do a meetup? Show the budget holder how the super users contribute to the company by answering questions in their own time. Questions that otherwise would have to be picked up by a moderator.

last friday, we hosted our most recent super user event. In general, we invite A1 Community members on a regular basis, usually 2 times a year.

In early 2017, we invited A1 Community members to a TV workshop - we wanted to know, what our members think about our new TV Streaming services.

Last friday, it was all about gaming. One month ago, A1 launched the Austrian eSports League powered by ESL and we introduced a new modem, that is particularly useful for gamers - especially when compared to our usual hardware. 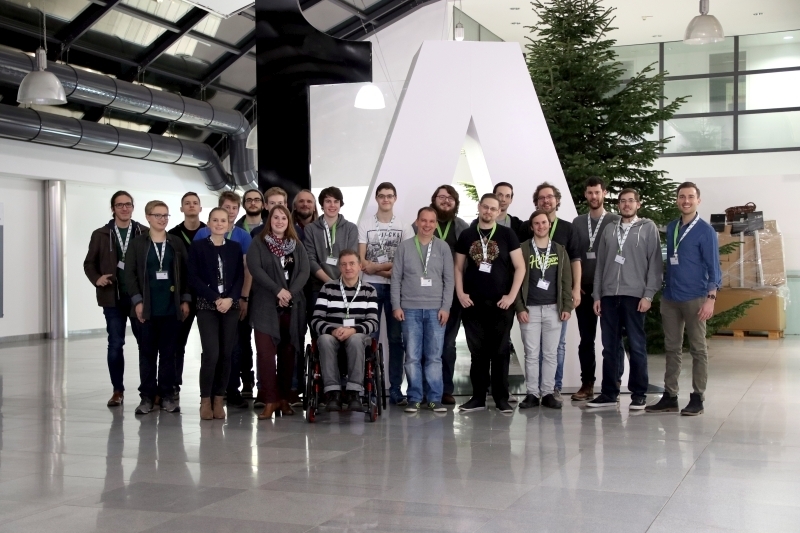 Because of this, it was obvious to find out exactly what our customers think about that. Naturally, the A1 community almost automatically comes into focus: The platform is already being used very actively by our customers to provide us with their unfiltered feedback on our services and products. So we invited the most active users and other customers via Facebook Wildcards: The afternoon was all about "Game Life".

After a short presentation of the A1 Community, including plans for what will happen next year, in the first part we focused on the current (international) gaming trends and the Austrian gaming scene. The new Gamer Modem from A1 - the FRITZ! Box 7582 - was discussed at least as intensively. In a short presentation we explained the most important features and setting options of the new A1 WLAN Box Premium. Our community members - most of them very interested in new hardware - had a lot to say about that and provided us with tons of feedback.

The second part was about the opinion of our users: In a workshop, we wanted to know what A1 can improve in terms of service, hardware, A1 eSL and the A1 community to offer a really good gaming experience. We had them working in groups for 20 minutes and present the results.

Concerning the community, our users expect their own gamer area, including the ability to display ranks / rewards of different games. Also, they expect us to post reviews and Let's Play videos on a regular basis - something we'd love to do, but fear will be difficult due to limited resources. Well, after all we are in the A1 Community, we'll just have to figure out how to motivate users to post reviews and stuff by themselves - suggestions welcome

The successful afternoon with many great ideas was ended with a gaming session: Our customers competed in the game Steep (powered by Ubisoft) against each other - it was about winning a brand new Sony Xperia XZ1.

Conclusion of the community event: It was once again a great opportunity to meet personally with our A1 community members. And by the way, we took some great ideas with us, which we will incorporate into our new products.

Thanks for sharing your experience Wolfgang, sounds like it was a really fun day and you got tons of feedback from the users! The focus on esports / gaming is an interesting strategy, exiting to see how it will pay off.

Enter your username or e-mail address to receive an e-mail with instructions to reset your password.