We enabled the new editor here on inSpired and your staging communities. We are doing this because we want to give your users the same create/edit experience as you have andwe want to empower them with extra formatting capabilities.

But not all formatting capabilities are available for your users, we stripped: text-color, text-background-color and horizontal lines. On smaller viewports (tablets and mobiles) we only provide the most necessary formatting options like sharing a link and inserting a photo.

Once we enable this new editor for your users we’ll have one unified editor experience throughout the entire platform: Users, Super-users, Moderators, Community Managers and Administrators will be able to create and edit new topics and replies using one single editor.

We haven’t defined a public rollout date yet as we first want you to try it out here on inSpired. We need to make some small tweaks and make sure this new editor works properly across all viewports, devices and browsers.

Also we’d like to hear your thoughts on the functionalities that will be opened up to your users, everything you see here on inSpired will be made available to your users when we release this.

Stay tuned for updates and a release date, for now enjoy the new editor and let us know your thoughts.
​​​

This topic has been closed for comments

I've quickly checked out the editor

Thanks for enabling in staging an announcing. Here's my feedback:

hi, is there any deadline for releasing the new text editor?

I find it interesting to be able to limit these actions according to the user profiles. To avoid that Our Community uses the text editor too often and that there are abuses. :)

For example, callouts are very useful for moderators to highlight certain points. It would be a shame if customers used these calls out unnecessarily. This could lead to confusion about what is being said officially or unofficially. :)

first of all thanks a lot for sharing all this valuable feedback with us!

As Yoeri is out of office today and tomorrow you will have to deal with me for now.

I think I can answer some of the questions / reports & requests until he is back.

Hmm I cannot reproduce it, works fine for me? Are you creating hyperlinks? Where do you get stuck?

Yes! Totally right. I remember Yoeri mentioning this during our last review meeting, so I know the team is on top of this. We will make sure you will get your localized versions.

That’s very good feedback. I know for a fact that we analyzed which browsers are being used and tested most of them (Chrome, Safari, Firefox, Internet Explorer, both on Desktop and Mobile and on different OS) to make sure that we cover as much as possible. Maybe Yoeri can give more info later. For the other items I do not have sufficient information right now, but we will get back to it!

The text color selector is still available in the Control Environment, but not in the front-end. For now this feature has been stripped from the front-end to prevent abuse. Do you also feel something like this would be good to enable via custom/primary user role? Then you and your top users could still benefit from it…

There is no set deadline, as we want to make sure that the quality of the editor is as high as possible before we release it. We expect it to take a couple more weeks for us to refine it, however it should not be too long hopefully!

I completely agree with you here and I also shared this feedback with the team. For now it looks like that we will strip functionality that could lead to abuse (e.g. text color, background color), with the vision to add some/most of them at a later stage in the form of a user role. This way you could reward active/trusted users with more editor features. Would that be something you would appreciate to use?

I added a link, but the text remained text after confirming. Must be a hiccup, as I'm not experiencing it anymore.

Edit: Also, in the old editor we have 3 icons and in the current (tested) one there's 2. The 'add video' button was removed.

Not sure if I get the second issue right, I could not reproduce it myself. Which browser are you using?

Edge and Chrome on iPhone 7.

Thanks for the feedback

Yes, that would be appreciated. But in the meantime, it is not possible to remove the callouts from the features for users? I think it's really a moderator feature that an user doesn't need to use.

thanks for providing additional information!

In the meantime I have received updates from my colleagues:

Of course more feedback is welcome! :)

I wanted to upload a ‘high five’ gif, but it's not showing up …

Yup, my gif was also not posted.

Will create a ticket!

I follow my nose, it always knows
M
Userlevel 3

Thanks for your feedback, it’s great to build better products together with you!

Pasting a video URL from a common video platform like Youtube / Vimeo will auto-convert to a video preview, therefore we removed the insert video URL icon.

Pasting a video URL from a common video platform like Youtube / Vimeo will auto-convert to a video preview, therefore we removed the insert video URL icon.

Not sure I understand. Maybe replace it with the insert media icon?

By the way, I'm not sure why you wouldn't want to use these features on mobile. It's not like you have to nerf the editor on mobile. Other platforms have found elegant ways to make a powerful editor responsive:

On a sidenote, why are images centered while all text is left aligned? Being able to center and left align text and images would be nice, but this is odd.

Ah, I finally got it. The button lost its function because of the autoconversion of media URLs to a preview.

Here's how our users view your decision to strip back the buttons on mobile:

“The smaller the screen, the fewer things [Insided allows you] to do”

"I wonder why [these buttons] are lacking on mobile?"
"I don’t want to have to use my phone in a landscape orientation [for these functions]"
https://forum.kpn.com/kpn-ontmoet-31/een-paar-wijzigingen-462179/index2.html#post685816 (restricted access)

“I often use my phone. Wouldn’t it be nice if we could use the B I U buttons there?"
https://forum.telfort.nl/tips-en-verbeterideeen-273/is-een-luxere-mobiele-versie-van-het-forum-handig-83126

(Phew, finding back old comments that I remember always makes me feel so proud)

By the way, the mobile fix third party script we use to make more buttons shown on mobile does not seem to work anymore, using the new editor. Perhaps  knows more.

Is editing quotes (chopping them up so that you can reply to different parts) headache material for anyone besides me? It was, using the last editor and it still is for this one albeit in a brand new way.

We still aim to release on Monday 14 October

Thanks for the update!

To quote one of the users in the topic I cited earlier, "using the Chrome browser on Android, [selecting B I U via the OS] doesn't work."

Not all browsers and platforms support the native formatting pop-ups. I don’t experience any problems selecting text in safari, chrome or firefox (iOS 13.1.2) but on other devices selecting text is not always that flawless as you’d expect: we’re investigating this.

A bit of feedback from one of our Superusers:

“One step forward, another back. With today’s changes I can’t seem to break a quoted section in order to interleave responses. One used to be able to hit Enter.

This board is getting harder and harder to actually use.”

Anything being done about that? :)

Can I check if this is fully live now,  ?

Yeah I have also noticed that! Will discuss it with the team and get back to you.

yes, the new editor is live, so have a look and let us know what you think! :)

Also some feedback from our side now after the roll-out. Overall it looks far more fluent, so that’s good

But unfortunately this also brings a number of set backs.

The pre implemented text, which Julian also showed above, has been removed. This is quite a set back as this doesn’t give any hints to the topic starter anymore. Why has this function been removed? As I can't seem to find any mention other than the screenshot from Julian on this. This is quite a major set back. I'm talking about these phrases:

Another major one: Chrome spelling check doesn’t work anymore, is there a workaround for this? Right now it just shows me that I have a different language selected, but I cant change it anymore.

Another major one: The font used seems to be Roboto now, that is not on Brand with our company. Do others have brand rules on fonts too? What can we do about this?

Also the changing of quotes works very weird. I suggest looking into this function and trying to change some double quotes for yourself.
Removing and adding text, typing before quotes (also didn’t work before). We have more instances where multi quoting now seems to work counter intuitive.

Honest, open communication is the only street that leads us into the real world... - John Powell

I’ve tested this on various occassions and this seems to be working on Chrome, but not on IE nor Firefox. Anyone else experience this?

Good call Yoeri, but I wanted to inform here that I was not able to reproduce this issue on Firefox (69) and IE, I have tested it successfully on both.

Luckily I am an admin so I can still do that.

Should it still happen, please share it once more in the new topic, or contact me via private message. :) 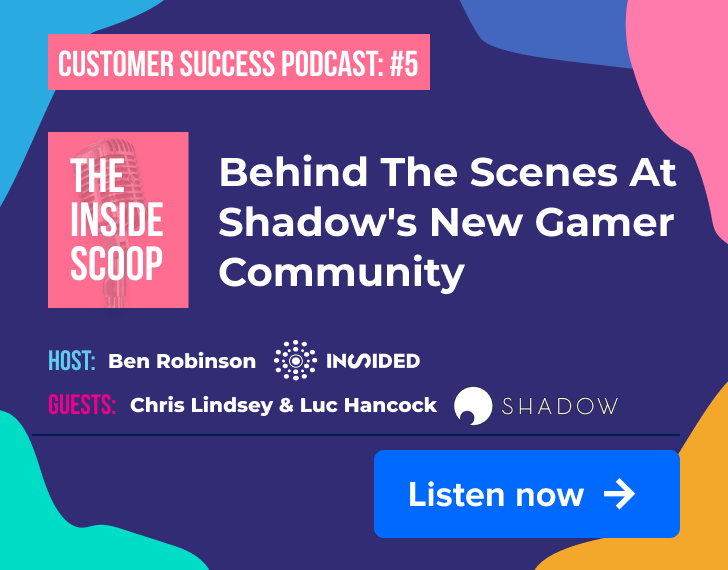